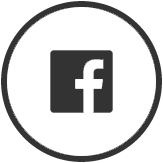 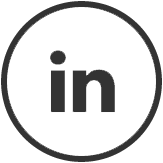 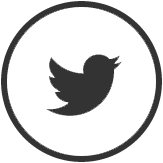 Article 3a
This provision makes it possible for Member States to create a copyright exception for text and data mining for anyone with legal access to works, although rightholders will in any situation have the possibility to restrict this by saying 'all rights reserved' on their works.

While we welcome the step towards ensuring that the right to read is the right to mine, this proposal is deeply flawed. It is optional (which means we end up with the same patchwork of exceptions and ru les from one country to the next), and the obligation to allow publishers to reserve rights makes it unworkable given how many websites put 'all rights reserved' at the bottom without thinking about it, even UNESCO and the UN.

As such, we believe that this Article risks being useless in terms of promoting text and data mining across Europe and creates a very negative precedent as concerns forcing governments to allow rightholders to reserve rights. We would therefore be critical of it as it stands.

Furthermore, in an Open Science context, it is problematic that it is suggested that only university research requires use of text data mining. It is in faet relevant to all institutions where education and research of various kind is taking place, and both university and other educational li bra ries, and corporate/private libraries – plus public libraries – might become key actors in this area in the future. As an example, public li bra ries can become an important player in the field of text data mining and citizen science. See also New Article 6.

This article would be improved by:

Article 7
This article deals with the regime for out of commerce works. The idea is to simplify licensing by allowing for extended collective licensing or a presumption of representation that will allow collecting societies to offer licences even for works by non-members. The revised version provides for a fall-back exception, in the case that there is no Collecting Society which can offer relevant licences. It leaves space to governments, working with rightholders and collective management organisations, to determine when licenses or the exception operate.

We strongly welcome this provision. For libraries involved in mass digitisation projects, simple means of clearing rights and obtaining licences are a major help, but in tao many countries, there simply aren't any collecting societies in relevant sectors, or these do not have the mandates or the representativeness to do this. The proposed fall-back exception, which would only come into action following discussions between governments and relevant stakeholders, would provide a valuable tool for libraries, and potentially create an incentive for new collecting societies to form. Moreover, creators and other rightholders would always retain the right to object to their work being treated as out of commerce, and so digitised or made available.

We support the Article as it is.

Article 10a
This article concerns the idea of creating a European Union legal deposit scheme. While the objective is positive, it is unclear how this will work, or even how favourable the European
Parliament Library is to it. We do not have a position on this point.

Article 12a
This article gives new rights to sports event producers. It appears from the press that the Rapporteur in the European Parliament failed to realise that this may, for example, prevent people from taking photos at sports events and sharing them with friends. We do not have any particular position on this, but would instinctively be against it.

Article 13b
This article aims to make image indexing and search engines (such as Google Images) subject to an obligation to seek permission and pay. It is similar to the French law along the same lines. While IFLA (The International Federation of Library Institutions and Associations) has not defined any particular position on this, we are cautious about creating new liability for search engines and other internet intermediaries. Moreover, this could well do damage to organisations like Europeana and other digital libraries which show thumbnail images as part of their own search engines. We would therefore tend to be against this.

Article 14
This article deals with the reversion of rights to authors if they are not exploited by publishers or others fora certain period of time. We do not have a firm position on this point, but of course do support the interests of authors.

NEW: Article 6
The hearing does not promise to look at ane addition al change brought in by the Parliament to Article 6 of the Directive. This adds a provision that it should not be possible to use more than ane exception at once – i.e. once you have taken a preservation copy of a work, you should not be able to use this for teaching, or for text and data mining. This appears to be aimed at undermining the TU Darmstadt decision.

We therefore strongly reject the Parliament's proposal. This will suffocate historical research involving text and data mining, as well as the use of digitised copies of vulnerable works for teaching purposes. It is not practical for li bra ries to keep track of whether a work has already been used for ane purpose (meaning that uses for other purposes are impossible), and indeed it would create a new legal precedent that would oblige a change in the law in many countries.

lt's worth underlining that, according to Recital 6 of the Directive, the three-step test applies throughout, and so would prohibit any uses that unjustifiably prejudice the interests of rightholders.